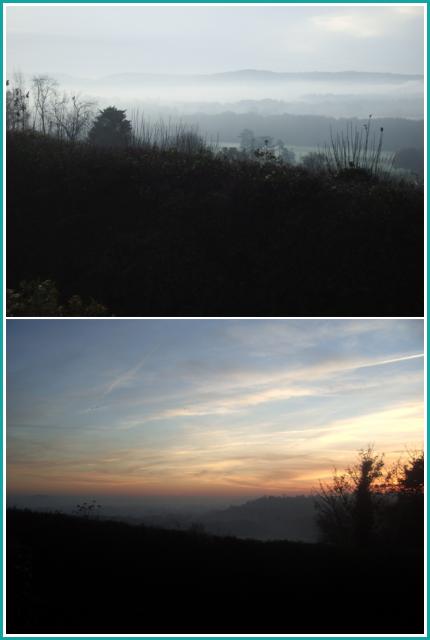 Thirteen for me today. Cold, wet, grey. Rain spreading from the west in the second hour.

I’ve felt slow, sluggish and lack-lustre in this worryingly intermittent campaign. I wasn’t sure of the reason, since my weight appears to be under control.

Nevertheless, the inability to squeeze into 36L trousers at the sales this afternoon tells its own story. I do need a bigger size than 5 years ago, mostly because my thighs have grown with all that power muscle (ahem) so that I appreciate a more roomy cut. However, this does not usually extend to not being able to do the darned things up.

The truth revealed – that my weight has recently found a new home just above my belt.

It was always going to be a tough run. It’s been a very busy week with only a couple of preoccupied three mile jogs, so rather than having a rest day yesterday, I ran five miles instead. Five miles followed by 13 – that’s a typical weekend in the Hal Higdon Intermediate programme, which I’ve sampled before and have never been able to crack. At my standard and stage of youth, I prefer to take on a long run fresh. Especially when I’ve been on a further five mile family walk the day before, too.

I was expecting to struggle towards the end of my run today, despite the fact that I’d selected the flattest route I knew. No hills for cowards who are also out of condition. So much for planning, though, because what I didn’t expect was to crack up after 1.3 miles, with just 10 % of my planned distance done. At that point I was finishing the extra loop I’d tacked onto my standard twelve miler, so I was just passing the road back up to the house. Boy, it was tempting to head straight home.

I’ve never actually bagged a long run completely before. I’ve shortened them by 2 or 3 miles, or walked the last four, or the penultimate 2, or introduced walking breaks every mile for all of the second ten. Those things happen, and I know them to be plat du jour sometimes in marathon training.

But I’ve never given up altogether with less than a mile and a half on the board before. I wanted to do that today, very badly.

Toughing my way through it would have been the perfect solution, but that determination wasn’t going to be up to the job. I knew that after only a hundred painful metres of trying to knuckle down. So recognising I had no choice, I resigned myself instead. I stopped for a gentle stroll whilst guzzling a long drink (despite having drunk several only 15 minutes before I left the house). I ate my shortbread finger assigned to mile 6. I ate digestive biscuit #1 very soon afterwards, and after another worryingly enforced stroll, I slowly picked it up again.

It was totally grim for another three miles, where #2 and final digestive biscuit bit the dust. I had nothing left to eat for later in the run, and I’d forgotten to bring any money, either.

And then, the funny thing was … it improved. I could run again. Slowly at first, but steadily I began to realise that I could run further. I kept running the route, knowing that if I continued on my outward course, I’d soon be six miles from home and that I’d have to get back somehow, even if it was walking.

Yet amazingly, the next 9 miles did all somehow got ticked off in a more or less solid 9:45 pace – much better than the 12:00 interrupted average I’d lamentably achieved up until then. Two miles from home, I met a group of Hash Runners gathering after their run at The Parrot Inn. They told me they weren’t from the Guildford Hash, as I had already suspected, since the Guildford crew runs on Monday nights, but were from a different group. I may have misheard, but I think they referred to their group as The Pistovs. Interesting name, and tempting to stop for a beer, but with no money and uncertain legs, I chose to resume. It wasn’t fast, but no more unscheduled walking breaks were required. Not one.

There’s a lesson in here, somewhere. I don’t like running long after running the day before. I know that. Bad runs happen from time to time. I know that, too. I need breakfast before I run. I know that, as well, and I had.

So how do a shortbread biscuit, two worryingly over-early and over-extended walking breaks and three diggies make a bad run good ? I’m cream-crackered if I know the answer to that one.

This entry was posted in 2006, training, winter. Bookmark the permalink.