No tickets for Cardiff were to be found, despite all my efforts, and so we watched the game together. My uncle flew over from Florida, whilst I drove 10-year old William up from Guildford. Three generations of West Ham United fans, all congregated in Stratford-upon-Avon around a brand new television, bought especially for the occasion. It didn’t disappoint us. 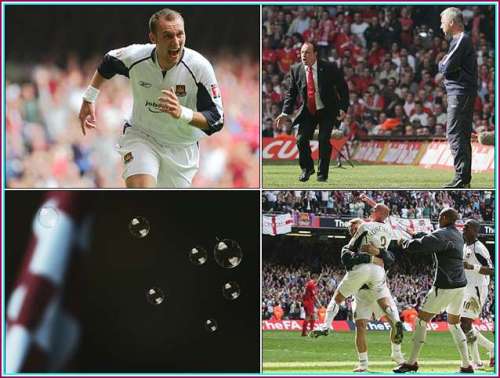 It was a magnificent game. I’ve seen that fellow Gerrard play for Liverpool before, and he is simply inspirational, unfortunately for West Ham.

As we were driving north this afternoon, Mike Ingham on Radio 5 Live said that if West Ham scored first, it would be a classic final. They did, twice, and it certainly was.

Hats off to the Hammers. I thought they were just superb (even if I’m rather biased). And I’m sure they’ll be back. Come on, you Irons !

Related articles:
22. West Ham bubbles – football relegation and running
89. You’ll never walk alone – Liverpool in Istanbul
77. The most miserable day of the year
87. One morning in May 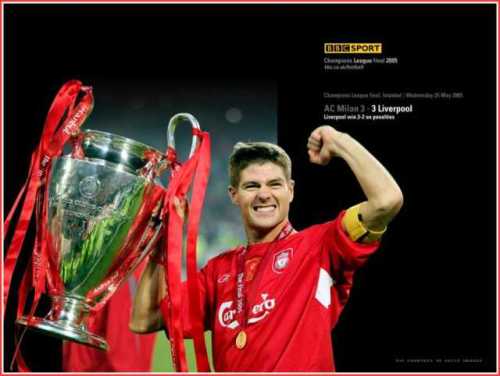 A bright spring evening in England. It’s a perfect time to be outside.

And yet, strangely – the streets are deserted. On my drive home across the Surrey Hills, the roads are as empty as I can remember.

And then I do remember – it’s the European Cup Final.
END_OF_DOCUMENT_TOKEN_TO_BE_REPLACED

That’s the saying of my lifetime.
END_OF_DOCUMENT_TOKEN_TO_BE_REPLACED