All of winter, and all in one day.

It’s mid-morning on a snowy Thursday, but as troublesome journeys to work might go, I really can’t complain.

Guildford’s white and black night is far behind me, and just a few hours later the snow is screaming past the train as we speed towards Oslo at 200 km/h. No Norwegian dogsled ever made such progress.

Arriving early at my meeting, I’ve a moment to survey the scene.

From the office window, the muffled view stretches out silently into the distance, Oslo peering shyly back at me through the white mist of intermittent wintry showers.

The view down to the railway tracks offers a camera angle perfect for any latterday remake of Anna Karenina, the architecture of this place even more impressive for the white curtain draping all around it.

There’s a special kind of elation on a snowy day, in any city, and my meeting goes well, and quickly. There’s a whole afternoon ahead to explore, so I walk down to find the harbour.

Last time I was here it was late June, with the Oslofjord transformed into some Nordic offshoot of the Mediterranean as the locals basked in their mayfly-like midsummer.

Jazz had played from the open bar windows above Aker Brygge then, our dinner and drinks stretching easily into early morning as dusk and bedtime gladly pushed themselves back towards another day.

But it’s not like that now. The harbour is bleak, almost black against the snow, and there’s a sharp wind stinging my face. A chill soaking up through my feet.

The covered arcades offer the promise of hot coffee and cake, but the muzak and ambience inside is as sub-zero as the weather without. I’ve come too far for this, and I’ve got to escape. Somewhere.

My first thought is of The Scream. But Munch’s painting is still under restoration following its recovery from theft. So instead I trudge my way up through the city, tripping past the shop displays and slushy alleyways to find the station and a tubetrain for the hills.

The outskirts of many cities look the same. But not this one. Because no matter how romantic you might find Sudbury Park, or even Sartrouville under a freshly fallen silent shroud of snow, the scenery mostly isn’t up to it. But now the line rises gently and soon we’re out in the landscape. 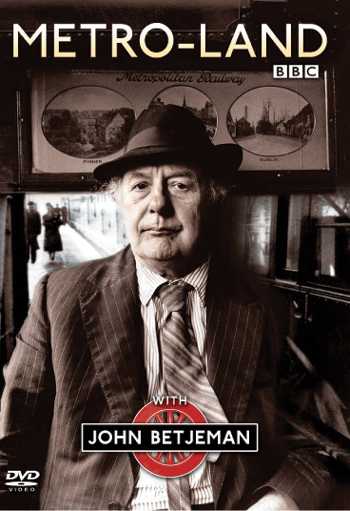 Pine trees and fine wooden houses float by as we trundle up through Vinderen. They are smaller, and more varied beyond, but the impression of prosperity and elegance and lifestyle and Norway remains the same.

A couple with skis sit down beside me, and soon after some kids with a sledge. Before long, the train is half-filled with people squeezing a last evening cruise on the toboggan course which runs down from here.

I get off at the next stop, but still I’m not quite there. The sign points upwards, past warmly-lit windows. I keep going, but the combination of city shoes and snowy slope is not a good one. I struggle and slither uphill for a good twenty minutes. It’s freezing cold.

At last, I stumble round a hairpin, and there it is, reaching floodlit into the winter sky. Holmenkollen – the most famous ski jump in all the world.

Over a hundred years old, extended eighteen times, host to the 1952 Olympics, and home to an annual festival of ski-jumping each March ever since. The site of three World Ski Championships past, and the 2011 event yet to come.

So many times I’ve seen this place. The flying Finns, and Eddie the Eagle, and so many more, soaring as high as the heavens, skis slanted and tilted, sailing as they drift gently down to a slow motion landing.

It’s all so much bigger and steeper than I’d thought. And it’s a very long way down – more than far enough to kill anyone who is brave enough to die here.

A piste basher is preparing an impossibly inclined snow slope below, the tautest of steel hawsers stretching upwards to bear the weight of the machine and the life of its operator as surely as – well – as surely as I hope it can.

And at the bottom, precipitously far away, lies no gentle run-out as I’d imagined, but a real U-bend of a compression, surely more than a match for the knees of any mad skiflier.

Amazingly, this terrifying slope isn’t even the hill itself. I’m standing here, just at the top of the landing zone. The concrete tower of the ski-jump’s inrun – that stands fully 60 metres above me, soaring high into the Nordic night.

The twin ski-tracks vanish ever upwards, ready for someone to brave the terrifying climb up to the starting box. And as for the descent – I couldn’t even consider it, not for a moment.

On jump day, the steps all around me and way down to the wide bowl below would be filled by a hundred thousand chanting sports fans, wildly waving Norwegian flags and sipping aquavit in doubtless equal measure. The half-heard roars to greet each graceful jump and successful landing echo around me now, as loudly as the deafeningly hushed sighs which greet any airborne disaster.

But now, the white amphitheatre lies open, unpopulated. The snow is falling in fine flakes through the floodlights and past the empty press and TV boxes, the cloud parting fleetingly to a shimmering Oslo skyline in the distance, half an hour away.

There’s only silence, and snow, and cold.

And yet, simply being here in this atmosphere is enough. This is one of the greatest sporting arenas of the world. This is Holmenkollen, in all of its magnificent desolation.

I put down my bag, and find my gloves. I risk snowy socks on this Scandinavian nightfall as I change into my running shoes, and then slowly, carefully, I make my way back down the hill. Back to the station, and the tubetrain. Back to the city, and a steamed cod supper behind warmly-lit windows.

Another train, much later, back to the airport. Four hours of sleep before I awaken to another black day not yet remotely dawning. A bus to the airport, and a wait aboard the plane.

Finally we taxi out into the wilderness of the Norwegian dawn. The snow is streaming gently across the tarmac as we turn into the wind, rumbling and then floating ever faster from sparse grey up into endless white, the black of the pinetrees fading into grey cloud as foggy as the dream of a season receding below me. 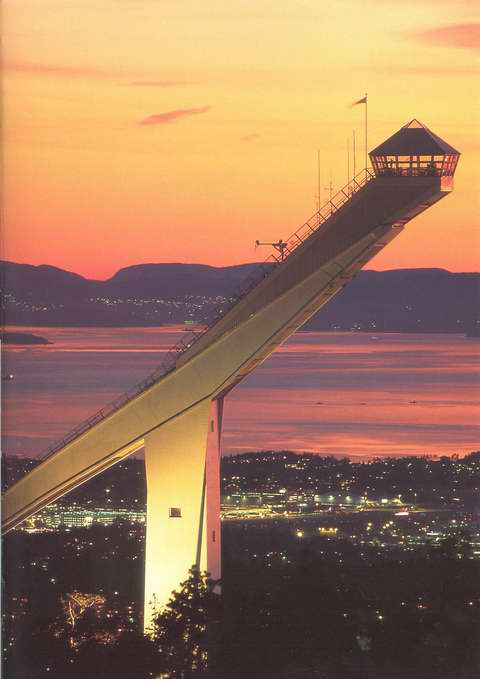 Two hours later, the weather has already wilted in London – the fields beside Windsor Castle showing only speckles of white, The Copper Horse far below looking out from Snow Hill over the soggy remnants of this English winter of just a single day.

But this one white day’s night will stay with me much longer. Because I saw that frozen soaring drama, I felt the rush of sailing skis, and I heard the deafening roar of Olympic destiny.

And high on Holmenkollen’s hill, I touched them in the snow.

This entry was posted in 2007, A1 - the best of roads of stone, heroes, music, Scandinavia, winter. Bookmark the permalink.