36. The Embankment, inspiration and reality 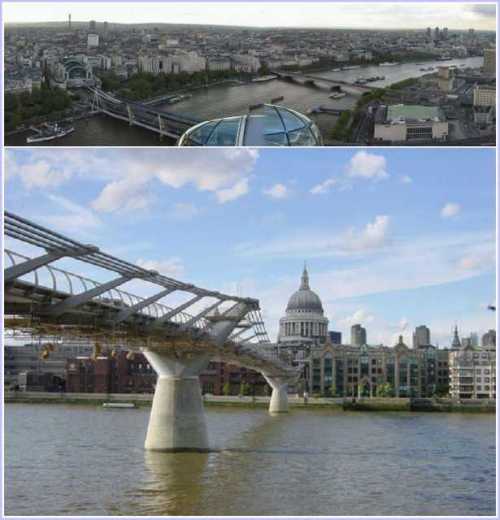 If you drop a tennis ball into the Thames at Chiswick, the tidal nature of the river means that it will take three years to reach the sea, spending all that time coursing up and down The Tideway with the ebb and flow.

So says the display in the London Aquarium, where we’re spending a cold and draughty Saturday afternoon amongst the sharks and rays from waters far more tropical than those of the Thames outside.

It’s an interesting thought, this minutia of estuary dynamics, but one which vexed Victorian Londoners greatly, once condemning them to repeated reacquaintance with all of the effluent discharged into the river from the city.

London truly was a foul and unhealthy place then, but it was the bad airs, rather than the septic waters, which were always blamed for the frequent outbreaks of sickness and choleric fever.

Finally, it was the ‘Great Stink‘ of 1858 which persuaded the authorities at last to approve visionary engineer Joseph Bazalgette’s great project to build a revolutionary sewer system. The unsightly and unpleasant surface flow was channelled safely under the streets, and the health of the city was transformed almost overnight. The sewage was now discharged a safe distance to the east, never to return. Only the unfortunate residents of the Wapping and Essex marshes on the river banks downstream would complain, but they had always received the stuff anyway.

It is hard to imagine now, but until then, the banks of the river had always been transient, with the tide rising, falling, and oft-times flooding, across a wide muddy foreshore. The Strand, linking the City and Trafalgar Square, is a busy street now marooned well inland, but it lay just behind the bustling shoreline then. William Smith, maker of the world’s first geological map, had lived in a riverside house at No. 15, Buckingham Street in the Adelphi, on the way from the river to where Charing Cross Station is now. Although Smith’s house is disappointingly long gone, replaced by uninspiring brick offices, virtually all of its Georgian neighbours survive, and you can just about imagine the waterfront as you stand at the ornate river gate which forms the entrance to today’s Victoria Embankment Gardens.

These gardens owe their life to Bazalgette’s achievement, the cornerstone of which was the Victoria Embankment itself. Bazalgette’s masterstroke was to build a solid river wall for the first time, elegantly channelling the sewers, as well as London’s Metropolitan Railway (now the Circle and District tube lines) within it, also allowing the land behind to be reclaimed as a peaceful and leafy haven for City sandwich-eaters and suave Savoy Hotel residents alike.

These are the cherry trees which greeted me here in the London Marathon. A moment of inspiration, but, as always in the marathon, accompanied by brutal reality. Shortly before, the smallest of inclines had led me out of Blackfriars Tunnel onto Bazalgette’s Embankment, to yield that wonderful view of the riverside, but it was this tiny slope that really hurt me.

Yes, I could see Big Ben at last, up in the far distance, but frankly, it could have been on another planet. Nearly 25 miles were in my legs, and the Toffee Crisp which my support crew had unwisely supplied me with a few minutes before was proving troublesomely hard to ingest without inhaling. Just twenty steps saw my long-serving and confident stride collapse into a sea of doubt, ditching me abruptly from the living stream of the race and abandoning me as mere jetsam amongst the walking backwaters alongside.

Two hundred yards further on was Embankment Tube and a Macmillan Cancer Relief support station, filled with volunteers waving green balloons, and so of course I’d had to refind my legs from somewhere, had bargained with them to keep going, and eventually I’d made it home. Just an instant of guilt and a short dizzy moment under a water bottle on The Mall twenty minutes later were left of that brief lapse, but this is the uplifting and yet simultaneously desperate moment which I remember more than any other from that race.

It’s this intertwining of inspiration and reality which runs through the marathon’s journey. The soaring joy of a stream of humanity, thirty thousand strong, and the ultimate frailty of the body beneath you.

Today is an inspirational day, an experience of London at it’s winter best. South West Trains have unexpectedly delivered a pleasant and punctual service into Waterloo to match the excited “Choo-choo”s marking Olivia’s first real train journey. Strolling along the South Bank this morning, the low sun reflecting from the river wall opposite, and, just today, we could be walking along the quais beside the Seine in Paris.

We have a picnic in the sunshine, right beneath St Paul’s and next to the Blitz Memorial. From here, the dome still stands proudly above the skyline as it did sixty years ago, overshadowed but still defiant.

I notice that the passage just below the memorial carries the unlikely designation of Knightrider Street, a name which I later discover to be an almost miraculous relic of the Roman horse-racing arena which stood on this very spot two thousand years ago. Or so at least says my copy of Peter Ackroyd’s engaging portrait of the city in ‘London: The Biography‘.

Across the river, we lie motionless under a giant foggy sun in the huge hall of Bankside Power Station at Tate Modern, snatch a glimpse of the Monet and Lichtenstein, and head past the National Theatre to the Aquarium. The London Eye is disappointingly static today, but chalk painters, jugglers, dancers and robots perform their art alongside. A chilly busker plays The Verve’s ‘The Drugs Don’t Work‘ on acoustic guitar, and his haunting voice at last uncodes these lyrics to me as a thoughtful lament on the illness of a friend, rather than a petulant disillusionment with classified substances. This song will remind me of today.

If yesterday was the inspiration, a vision of London, the city and the race, then tomorrow is the reality, the other side of the marathon. A dank Sunday afternoon, with red wine tauntingly on the lunch table, and FA Cup football in a temptingly warm living room as the light fades outside. A delay heading out which I know will condemn me to the second half of a twelve miler in the dark, but I go anyway. No cheering crowds through some undistinguished and dull running along the A320 towards Woking, no spring sunshine as I plod relentlessly northwards.

I find a pleasant lane which takes me conveniently through the village of Sutton Green, but then inconveniently turns out to have no pavement only once I’m halfway down it. I take off my white hat in the gathering gloom to hold alongside me, facing towards the oncoming traffic, scampering occasionally up the bank when I think a driver hasn’t seen me. A cold wind across the valley at Burpham chills my stomach as I peer across the rib-and-furrow of ancient fields picked out by the winter puddles.

Finally there are three straight miles under streetlights beside the traffic of the old London road back into Guildford. A covert walk break at the end of the High Street, and then it’s sharply uphill to a breathless, but still running finish.

The match is long over when I open the front door. Another winter weekend of dreams and darkness has gone by, and a few more miles towards London are behind me.

This entry was posted in 2004, A1 - the best of roads of stone, history, London, the marathon journey. Bookmark the permalink.