Dear Andy
A marathon is such a huge experience. Afterwards, it is very hard to capture how you felt at the time, but it is so important to try. If someone asked you in a year’s time, you’d say, well it was great, or, it was fine, my knee got sore for a while but I made it. 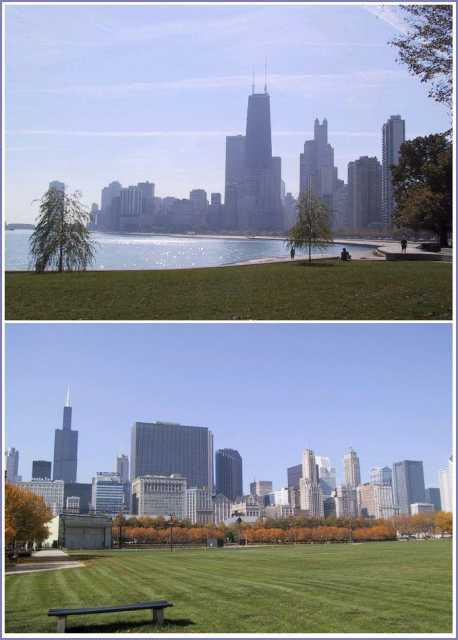 But there is so much more to it than that, so many more moments which go to make up the marathon tapestry. You don’t want to forget them. Ever.

Chicago (sorry, “Shick-aggo”) has taken a long time to settle down for me. I don’t think it will, finally, for a long time. But in a way, it still continues. More than anything, the thought I share with you is that the marathon is a journey. It’s one I am so glad I made.

I can’t quite pin down the day that the idea of running Chicago came to me. The plan had always had NYC written on it. Partly my own apathy in not registering for the ballot in time, wanting to avoid the hassle, and being reluctant to run for charity this time after it had formed such a huge part of my London effort.

Where Chicago came from, though, I’m not exactly sure. Maybe somewhere amongst all that indiscriminate marathon reading I had read about a fast, flat course. At the time of London this year, I was still wavering. Chicago had seemed a bit of a substitute, perhaps a second best. But by the time I bought “Marathon” at the end of May, I was definitely en route to Chicago. Then after the Commonwealth Games, when I heard that Paula was running, I knew it was going to become the race of a lifetime. I was going to run in a world record marathon.

Chicago’s journey took me from a gentle spring into a long summer of soggy, and then gradually dustier towpath and downland runs. Hell, I ran from Guildford to Sunbury three weekends out of five. I found a lot of new paths around my home. Somewhere in the middle, I turned a relaxing Mediterranean holiday into the toughest of torturing training camps. It was all worth it. As you say, the balance in the end was perfectly matched.

It’s hard to think of a more emotional experience in putting yourself to the test amidst thirty thousand others, whilst being cheered on by a million people amidst one of the truly great cities of the world. Chicago the city was so much more than I had expected. The people were more friendly and the place more relaxed – so much less in your face than New York was when I visited twenty years ago. But I didn’t run then, of course, and the anticipation, as well as the community of the race and of runners made a big difference.

It was a marvellously fresh and sunny blue morning, but even then I could write an entire volume about those last six miles in Chicago. The end of a four month marathon journey, 518 training miles, and 4 000 more from home. I’d come so far and there were just six short miles to the finish.

Yet that hour was one of the longest I have ever lived. A blurred yet razor-sharp turmoil of pain, anguish, determination, guts, disappointment, sheer will, bloody-mindedness, mental and physical weakness, and yet still somehow elation and triumph at the end of it all.

“If you want to run, then run a mile. If you want to experience another life, run a marathon”. Emil Zatopek’s famous quote hit it right on. It’s like a whole life compressed into a few hours. It’s the human condition writ large.

I said ‘Never again’, over and over. I meant it, I really meant it. Yet even as I denied it, deep down I knew that somewhere, some place, some time, I would probably prove myself wrong. And that’s why, in a little over five months from today, in Stratford-upon-Avon, I’m going to do just that.

This entry was posted in 2001-2002, Chicago, the marathon journey. Bookmark the permalink.